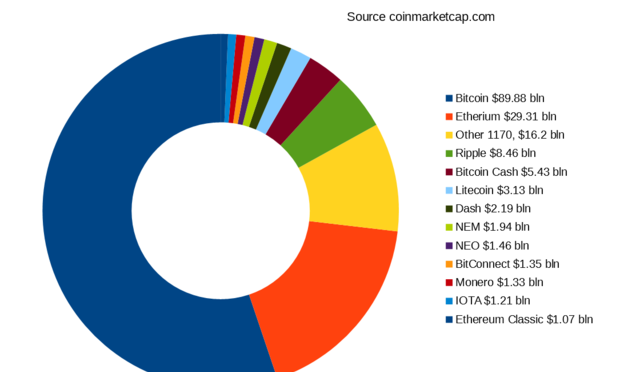 ICO (Initial coin offerings) wave has truly caught up in 2017 — more than $1.7 billion in cryptocurrency has been raised through ICOs so far in 2017.

If you have not heard about the term let me give a simple primer. ICO is essentially an unregulated way to bypass the standard fund raising procedure used by some of the cryptocurrency startups. Coin essentially then becomes a vehicle to own some kind of stake in the venture. Coins were essentially designed to be an integral part of the product or protocol offering, but have been abused by many startups to raise quick money.

As an entrepreneur or businessman should I be investing in the Crypto wave?

Cryptocurrencies or the crypto wave has taken the world by storm. There has been a slew of ICOs (Initial coin offerings) accompanied by astronomical increase in prices of Bitcoin, Ethereum, Ripple and other cryptocurrencies. It seems like we are creating a new world everything built on top of a blockchain.

Prices of Bitcoin has risen from 0.008 Dollars in 2010 to more than $7000 dollars today. In fact some of the Indian exchanges now quote prices in Satoshi where one Bitcoin = 10^8 Satoshis. You can track Satoshi to INR price

So as a businessman and an entrepreneur if you are sitting on the side-line and wondering if there is a revolution happening or it is all just one big bubble please keep reading in on. In this post I am outlining a few key indicators you can use to assess an ICO or for that matter any crypto asset.

For any Open Source crypto project expertise of the team is most critical. So if you are looking for investing in ICO the first thing is to look at the team. Check their expertise. Go beyond LinkedIn profile, look at their publications and other credentials. Look at their code contributions in the past and the peer review of the protocol they are proposing. Check up the advisory board and early backers of the ICO.

Utility of the Coin (token) to the Product or Protocol

Whenever a new Initial Coin offering is announced first thing that you should look up is does the proposed product or protocol require coin (token) sale or not. If coin (token) is not native or intrinsic to the new product or protocol proposed then it is not a great sign. Ideally such products/ offerings should to go through normal venture capital route to raise funds. ICO in such cases is nothing but a shortcut to raise quick money. If you look up any of the successful Altcoins in the market like Siacoin or Filecoin , they are intrinsic to the protocol they are enabling .

Review code or at least check reviews of code from experts

For any new protocol ultimately what matters is great code backing it up. While all of us are not experts at reviewing codes, what we can definitely do is check what other experts are talking about the code. Please go to relevant forums like bitcoin talk threads to look up what other people are saying about the code / scalability and security issues. Read up their whitepaper or look for a review / feedback on the whitepaper.

Are developers enthused by the protocol/ICO?

Quality of early backers can also help you understand the quality of ICO. For e.g. Blockstack whose ICO is open now is backed by YCombinator, Naval Ravikant and a bunch of really smart people in the valley. This can be a good way to look at the quality of ICO.

Transparency of the core team

For any open source project to succeed, a key factor is how transparent and forthcoming the team is. Are they open to hard questions? Do they communicate openly with the community and other stakeholders? Do they publicly share progress? Are they open to be grilled on choices they are making?

Block chain and distributed systems present tremendous opportunities to build a new kind of technological landscape. But as it is with every boom there are too many fakes around. For every bitcoin or ethereum, there will be a bunch of worthless tokens. So before you jump in, do your research and you can use some of the suggestions we discussed in this post.

About me: I am Sarabdeep Co-founder of Sipacoin.com – a service which helps you set up price alerts for your favourite cryptocurrency.

We are working with entrepreneurs and business owners to help them streamline and grow their business.

Email to amar@bizvidya.net to participate in this Mission NOW!